December 2016 and January 2017 have truly been all over the place. We completed The Italy-Netherlands-Colorado triangle forwards and backwards once again. It is admittedly exhausting, yet rewarding enough to make me want more. I love to see friends and family and how they (we) have all grown. It’s always great to breathe the air that opens doors to memories.

I’ve been back in Siena for a few weeks now. While I was home there were two things that would not leave the back of my mind. Two things made this trip home particularly unique.

Unique thing number one about this trip to Denver is that my Dad retired on Dec. 30th. If you’ve ever met my Dad, he probably did not introduce himself as a pediatrician, specialized in genetics. He more likely talked about being a cowboy, rodeos, or baseball, if not all three. I think that modesty certainly plays a part in not flaunting an award-winning career, but I know due a privileged vantage point as his son, that he has always been true to who he is.  He is a cowboy. A cowboy that understands science really, really well.

I asked him about what he thought of his career now that he could look at it in its entirety. He told me as we drove through familiar streets in Denver that he’s particularly happy that he got to do most of the things that he wanted to do. Not bad. Among the things that he wanted to do were a few that one would expect from a 44 year career in science. Things like making contributions to research as well as clinical work with children and their families were among accomplishments. The thing though that he was most proud of was that he was able to do his work with people who don’t live in big cities, but who lived out in the American West in places like Alamosa, Colorado and Lander, Wyoming. His heart has always been at home in small towns, out in what many would consider the middle of nowhere.   He sees these places as the middle of it all. He also said that his decision to pass up an opportunity to continue research that he started with the National Institute of Health in Washington D.C. was the best decision. It allowed him to stay in Denver, close to the places that he loved. Consequently, I got to stay in Denver and formed a fully developed love for the city and for the adjacent wilderness. 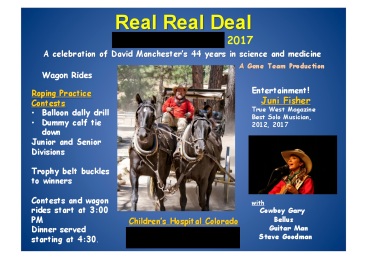 Packing up his office afforded a look into one of the more eclectic offices that the Children’s Hospital of Denver will probably ever see. The latest articles on genetic mutations lay next to Native American art and pictures of horses. Piles of Science magazines went into boxes with books about roping.

Looking from my perspective back at my Dad’s career, I can see so many parallels between how he did his work and about the lessons that he taught me. He stayed true to himself. He didn’t have to be only one thing. He’s always been everything that he is and willing to share it all.

Thing number two that had set up camp in a corner of my mind while I was home took the form of the smiling face of a friend of mine. He was on my mind and he’s been on a lot of people’s minds because he left us just a few days after thanksgiving. His name was Tel.

In high school I was part of a brotherhood that was initially born out of a bond forged in ineptitude towards the female gender but that grew into a rare love. I have remarkable friends. Tel may have been the most remarkable person I’ve known, which sounds cliché’ to say of the person that has passed away. In this case it’s probably, and sadly, true.

When I learned that he’d passed away, I was in Siena. I don’t remember very many moments when living far away from home has felt so awful and alone.  I remember thinking that I just wanted to be with the people that shared a bond with Tel as I did and that I was way too far away. Of course, that feeling slowly rescinded and finally I was able to spend some time talking to friends, in person, about our friend.

When I was home, I caught myself wandering places that reminded me of the times that we’d spent together.   I took a moment to drive down the street where his house was. So many times I’d sat in my car after honking the horn, waiting for him to run down his steps and get in the car. Rarely did we ever have a plan. But it didn’t matter. As a group we couldn’t get enough of each other. Our young personalities melded with each other. We formed each other. Each of our own individual personalities and backgrounds came into this Voltron-like being that has stayed with me in my heart (Voltron for those who didn’t get the reference).

Tel was an extremely talented individual but to say that I looked up to him isn’t quite true. I never wanted to be like Tel. Probably because I knew that there was absolutely no way that I could ever be like him. Rather than trying to emulate him, I can look back at our time together and clearly see that I wanted to keep him close because he made me a better version of me. I was proud that he was friends with me. I still am.

Most of my fondest memories aren’t of extremely profound situations, yet those do exist. They are just of us being ourselves. Goofy kids learning about ourselves and finding our place in the world, while not caring what the world thought of us. Goofiness and nonsense has always been a hallmark of who I am. I love to laugh. Tel was a goofball too, but a goofball that took himself extremely seriously. I can see Tel, sitting in the stands at a football game, his back turned to the action on the field as he yelled at his (our) friend Peter about how he was a complete idiot for failing to fully understand the principles of genetics and how it related to skin pigmentation and ultimately, racism. Not the typical football game discourse, but Tel was way too fired up to care. He was wearing my snow hat despite it being a sunny day.  Reasons for that are lost in time. The whole situation was ridiculous and the entire section that we were sitting in was mildly disturbed and on the verge of frightened. For me it was normal. It was hilarious. It’s one of many ways that I’ll remember Tel.

Yeah, home was a little heavy this time and not because of the political reasons that face the US (although that’s heavy too, no matter how you look at it…). I think that it’s probably healthy to think about who we are. It’s probably even healthier to acknowledge that we are who we are because of the people who made us who we are.

P.S. Here are a few more pics from home if you’re interested. 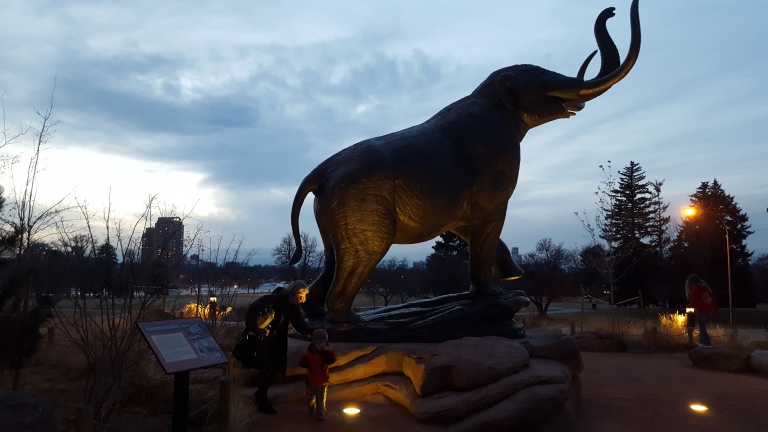